Randy Alcorn (born June 23, 1954) is an American Protestant author and director of Eternal Perspective Ministries, a non-profit Christian organization dedicated to teaching an eternal viewpoint and helping the needy of the world. He has written several novels, including Deadline, Dominion, and Deception. He received a Gold Medallion Book Award in 2003 for his novel Safely Home. He has also written a number of non-fiction books, including Heaven, The Purity Principle, and The Treasure Principle. Eternal Perspective Ministries owns the royalties to his books and 100 percent of them are given away to support missions, famine relief, pro-life work, and other ministries.

He wrote a novel similar to C.S. Lewis’ The Screwtape Letters called Lord Foulgrin’s Letters. In between the letters actual scenes from the humans lives unfold. He has also written a sequel to Lord Foulgrin’s Letters entitled The Ishbane Conspiracy, which he co-authored in 2001 with his two daughters, Karina and Angela Alcorn (now both grown and married).

In November 2009, Alcorn signed an ecumenical statement known as the Manhattan Declaration calling on Evangelicals, Catholics and Orthodox not to comply with rules and laws permitting abortion, same-sex marriage and other matters that go against their religious consciences.

Randy and his wife, have five grandsons and live in Gresham, Oregon. 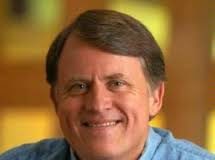