The Deputies adopted the following reply to Parliamentary Assembly Recommendation
1418 (1999):

‘1. The Committee of Ministers welcomes the work carried out by the Parliamentary Assembly, leading to Recommendation 1418 (1999), which addresses the particularly sensitive issues of the protection of human rights and the dignity of the terminally ill and the dying. It recalls its interim reply, adopted on 30 October 2000, informing the Assembly of the terms of reference given to the Steering Committee for Human Rights (CDDH) and the Steering Committee on Bioethics (CDBI).

2. Having closely studied the resulting information and opinion, the Committee observes that member states have varying approaches to the issues dealt with in the recommendation. There are many aspects to these issues «” particularly ethical, psychological and sociological aspects «” but the Committee of Ministers, committed to the respect and protection of fundamental human rights, intends to restrict itself to the one incontestable area of Council of Europe competence: human rights protection under the European Convention on Human Rights and the case law of the European Court of Human Rights.

3. Certain issues raised by the recommendation go to the heart of the Convention, particularly regarding to Articles 2 (Right to life), 3 (Prohibition of torture and inhuman or degrading treatment or punishment), and 8 (Right to respect for private and family life). Since, as yet, there is no case law of the Court which could provide precise answers to all the questions raised in the Recommendation, the Committee prefers to limit itself to the following points.

4. First, under Article 1 of the Convention, the High Contracting Parties undertake to secure to everyone within their jurisdiction the rights and freedoms defined in the Convention. This is a binding obligation for all Parties, irrespective of any expression of will by the person concerned in this respect. Therefore, in the case of patients who are entirely incapable of self-determination, the Court has pointed out that they nevertheless remain under the protection of the Convention1.

i. recognising that the right to life, especially with regard to a terminally ill or dying person, is guaranteed by the member states, in accordance with Article 2 of the European Convention on Human Rights which states that «˜no one shall be deprived of his life intentionally»™;

ii. recognising that a terminally ill or dying person»™s wish to die never constitutes any legal claim to die at the hand of another person;

iii. recognising that a terminally ill or dying person»™s wish to die cannot of itself constitute a legal justification to carry out actions intended to bring about death.»

6. There can be no derogations from the right to life other than those mentioned under Article 2 of the Convention. Apart from these cases, no one may be intentionally deprived of life2, as the Assembly notes in paragraph 9 (c)(i). The Court has not, however, yet had occasion to rule on the relevance of Article 2 to the proposals set out in paragraph 9 (c) (ii) and (iii).
.
7. As regards the protection of human dignity afforded by Article 3 (‘no one shall be subjected to torture or to inhuman or degrading treatment or punishment»), its requirements permit of no derogation3. It is true that the Court stated that ‘as a general rule, a measure which is a therapeutic necessity cannot be regarded as inhuman or degrading»4, but it also noted that the assessment of an act as ill-treatment falling within the scope of Article 3 ‘depends on all the circumstances of the case, such as the duration of the treatment, its physical or mental effects and, in some cases, the sex, age and state of health of the victim, etc.»5 Moreover, Article 3 includes a number of obligations for the state: ‘Children and other vulnerable individuals, in particular, are entitled to state protection, in the form of effective deterrence, against such serious breaches of personal integrity»6.

8. The right to respect for private and family life, as guaranteed by Article 8, would become relevant in some instances, but there are only very rare examples of case-law from the Strasbourg organs that could be linked to questions relating to the dignity of the sick within the scope of such a provision.7

9. The dual objective of alleviating suffering whilst avoiding such violations may give rise to a wide range of national measures. The recommendation draws attention to those concerning palliative care (see notably paragraph 9 (a)). Although definitions of palliative care do exist8, the recommendation does not define these terms any more than it gives a definition of the concept of ‘pain management» mentioned in paragraph 7 (i) «“ rightly in the Committee»™s view, as it does not seem possible to give a uniform European definition of such very broad concepts. The Committee refers in this context to the work being carried out on palliative care by the European Health Committee9.

10. It follows, in the Committee of Ministers»™ view, that several of the proposals made by the Parliamentary Assembly to member states, in particular a greater commitment on their part to relieving human suffering, can help protect human rights and the dignity of the terminally ill and the dying, provided that the articles of the European Convention on Human Rights mentioned in this reply are respected.

11. However, in the absence of precise case-law, the question of ‘human rights of the terminally ill and the dying», seen from the angle of the Convention, gives rise to a series of other very complex questions of interpretation, such as:

– the question of interplay and possible conflict between the different relevant rights and freedoms and that of the margin of appreciation of the States Parties in finding solutions aiming to reconcile these rights and freedoms;

– the question of the nature and the scope of positive obligations incumbent upon States Parties and which are linked to the effective protection of rights and freedoms provided by the Convention;

– the question of whether the relevant provisions of the Convention must be interpreted as also guaranteeing ‘negative rights», as the Court has ruled for certain Articles of the Convention 10, as well as the question of whether an individual can renounce the exercise of certain rights and freedoms in this context (and, if that is the case, in to what extent and under which conditions).

12. With regard to legislation and practices in member states concerning the problems addressed in the recommendation, the Steering Committee on Bioethics is working on a report, in accordance with the terms of reference assigned to it by the Committee of Ministers. This report, due to be finalised in the course of 2002, will be forwarded to the Assembly in due course. The CDDH, for its part, will follow the development of these issues attentively.

13. In addition, concerning issues related to palliative care, to which the Assembly devoted an important section of its recommendation, the European Health Committee (CDSP) has prepared a study of the situation in many European countries, taking particular account of the contribution made by the Eastern and Central European Task Force on Palliative Care. The CDSP has undertaken to prepare a draft recommendation on these issues. The Committee of Ministers will be apprised of the results of this work in late 2002.

Note 2 ‘(Article 2) not only safeguards the right to life but sets out the circumstances when the deprivation of life may be justified; Article 2 ranks as one of the most fundamental provisions in the Convention – indeed one which, in peacetime, admits of no derogation under Article 15. Together with Article 3 of the Convention, it also enshrines one of the basic values of the democratic societies making up the Council of Europe. As such, its provisions must be strictly construed«, European Court of Human Rights, McCann and others v. the United Kingdom, 27 September 1995, §147.

Note 4 Ibid. The Court pointed out that it had to satisfy itself that this necessity had been convincingly shown to exist.

Note 6 European Court of Human Rights, A. v. the United Kingdom, 23 September 1998, § 22. States must consequently take legislative or other measures to ensure that individuals within their jurisdiction, especially the most vulnerable – which includes the terminally ill and the dying – are not subjected to inhuman or degrading treatments. Moreover, in a case involving very exceptional circumstances, the Court pointed out that the expulsion of a patient in the terminal phase of AIDS to a country where health conditions were unfavourable would constitute inhuman treatment, given that his expulsion would expose him to a real risk of dying in particularly painful circumstances; see European Court of Human Rights, D. v. the United Kingdom, 2 May 1997, Reports 1997/III, No. 37, §53-54.

Note The World Health Organisation defines palliative care as ‘the active total care of patients whose disease is not responsive to curative treatment. Control of pain, of other symptoms and of psychological, social and spiritual problems is paramount. The goal of the palliative care is achievement of the best possible quality of life for patients and their families» (quoted in the Parliamentary Assembly of the Council of Europe, Report on the Protection of the human rights and dignity of the terminally ill and the dying, Doc. 8421, 21 May 1999, by Ms Edeltraud Gatterer).

Note 9 This work is mentioned in the interim reply adopted by the Ministers»™ Deputies on 30 October 2000.

Note 10 For example, for Articles 9 and 11 of the Convention (respectively, the freedom not to have a religion and freedom not to associate with others). (See, for example, the European Court of Human Rights, Buscarini and others v San Marino, 18 February 1999, § 34, and European Court of Human Rights Sigurdur Sigurjonsson v. Iceland, 30 June 1993, § 35) 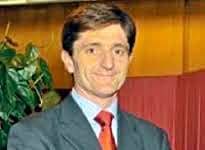 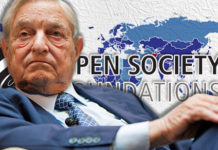 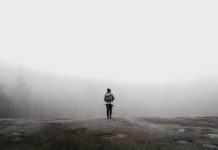