Human Genome Organization Declaración  del Comité í‰tico sobre patentamiento de secuencias de ADN Abril de 2000 – In Particular Response to the European Biotechnology Directive – Since the very beginning of its activities HUGO has been closely watching patenting developments in the area of genomics and has analysed its possible impact specifically on further genome research. Notwithstanding its generally positive …

– In Particular Response to the European Biotechnology Directive –

Since the very beginning of its activities HUGO has been closely watching patenting developments in the area of genomics and has analysed its possible impact specifically on further genome research. Notwithstanding its generally positive attitude toward patenting of useful benefits derived from genetic information, HUGO has repeatedly observed that Expressed Sequenced Tags (ESTs) constitute research tools and therefore opposed the patenting of short sequences from randomly isolated portions of genes and transcripts encoding proteins of uncertain functions. After the announcement of the US Patent and Trademark Office (US PTO) to grant patents on ESTs based on their utility as probes to identify specific DNA sequences, HUGO, in 1997, urged the US PTO and other offices with similar intention,

"to rescind these decisions and, pending this, to strictly limit their claims to specified uses, since it would be untenable to make all subsequent innovation in which EST sequences would be involved in one way or other dependent on such patents."*

Since the publication of the 1997 Statement important developments have taken place: On July 6, 1998 the European Union adopted the Directive 98/44/EC of the European Parliament and of the Council on the legal protection of biotechnological inventions (OJ No. L 213/13 of 30.7.98) and on October 6, 1998 the US PTO issued to Incyte Pharmaceuticals, Inc., the US Patent No. 5,817,479 for "Human Kinase Homologs", the first patent so far known to include ESTs. Apart from this, the discovery of the importance of Single Nucleotide Polymorphisms (SNPs) for diagnostics and the attempts aimed at their patenting, led to the establishment of the non-profit SNP (TSC) Consortium of industry and academia. Co-sponsored by the Wellcome Trust and ten pharmaceutical companies, the Consortium expects to find some 300.000 SNPs in two years and put them into a publically accessible archive.

It is the view of the Intellectual Property Rights Committee of HUGO that these new developments do not change its previous positions, which in fact have been fully endorsed and confirmed by the most recent statements at the highest political level by the British Prime Minister Tony Blair and the US President Bill Clinton and also at the highest scientific level, by Bruce Alberts, President of the US National Academy of Sciences, and Sir Aaron Klug, President of the Royal Society of London.

However, HUGO’s former statements require some comments and clarifications. In particular HUGO,

i) the notion "are not essential to the invention" is to be interpreted in the light of the function unambiguously disclosed by the respective applicant (patentee) and not on the basis of its objective (natural), not disclosed, importance as such, and

ii) that claims of the broad "having" and "comprising" type, which cover not only the disclosed DNA sequence and its use but also products "having" or "comprising" that sequence, will be allowed only exceptionally when the information disclosed for the overlapping part is sufficiently enabling to the claimed invention;

In the preparation of this statement also the following HUGO Members participated: 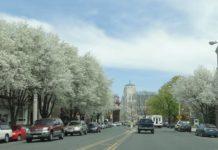 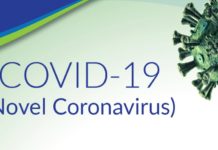