Inicio Sexualidad Género For the UN and the European Union, the Enfant Terible Is in...

The anti-Catholic ideologies of two international organizations has a name: "reproductive rights." A book lays it all bare. And the Vatican is leading resistance against it. The Organization of the United Nations turned 60 years old at the end of June. But the administration of George W. …

The anti-Catholic ideologies of two international organizations has a name: "reproductive rights." A book lays it all bare. And the Vatican is leading resistance against it.

The Organization of the United Nations turned 60 years old at the end of June. But the administration of George W. Bush celebrated this in its own way: for the fourth year in a row, it denied payment of the 34 million dollars previously given to the UNFPA, the United Nations Population Fund.

The reason: the anti-life policies that the UNFPA finances in China, supporting male and female sterilization and forced abortion for handicapped and excess children. With the 34 million dollars that it has saved, the Bush administration will finance medical assistance programs for poor women and children, and contribute to the fight against sexual trafficking in Asia.

During those same days, the UN gathered before the general assembly a meeting of representatives from the 13,000 non-governmental organizations connected to it. But not one of the 200 NGO’s selected was pro-life or pro-family. Instead, there were the groups most active in opposing procreation, including the International Planned Parenthood Federation (IPPF) and the Women’s Environment and Development Organization (WEDO). The latter of these circulated a motion against the "cultural and religious forms of fundamentalism" that impede "reproductive rights."

Also during those same days, on the other side of the Atlantic, the parliament of the European Union approved – with a vote of 360 in favor, 272 opposed, and 20 abstentions – a "Resolution on the protection of minorities and on policies against discrimination." In it, religious liberty is indicated as a potential threat against the "free circulation of married or legally recognized homosexual couples within the European Union." One of the votes in favor of the resolution came from deputy Vittorio Prodi, brother of Romano Prodi, a progressivist Catholic and head of the Italian government from 1996 to 1998, as well as president of the European Commission from 1999 to 2004.

In 2002, when Prodi was president, the European Commission had to confront Bush’s decision to withdraw U.S. financing from the UNFPA, devolving an almost equal sum, 32 million euros, to both the UNFPA and the IPPF.

The Holy See has its own representatives at both the EU and the UN. It enjoys the status of permanent observer at the Glass Palace, which was confirmed and reinforced by a resolution on July 1, 2004. But it does not enjoy an easy life in either of these two great international organizations.

On the contrary, the Catholic Church is frequently treated as enemy number one. This is because it is a monotheistic religion, and so is held to be a source of intolerance. And it is so above all because it is an antagonist – together with the current American administration – of the philosophy of "reproductive rights" that is the unquestionable position of the UN and the EU in matters of family and procreation.

A book has been published in Italy that brings to light for the first time in a direct and detailed way this anti-Catholic aversion of the UN and the EU. The title is explicit: “Contro il cristianesimo. L’ONU e l’Unione Europea come nuova ideologia [Against Christianity: The UN and the European Union as a New Ideology].” The authors are Eugenia Roccella and Lucetta Scaraffia. The first of these, who is not a Catholic, was a prominent advocate of the feminist movement. The second teaches contemporary history at the La Sapienza university in Rome. Assuntina Morresi produced the appendix of documentation, with a chapter dedicated to the history of the IPPF and another on its founder, Margaret Sanger (1879-1966).

In the introduction to the volume, Roccella and Scaraffia identify the root of the new ideology as the "separation between sexuality and procreation." They see the outcome of this "beyond the boundaries of abortion, in the insidious return of eugenics." And they conclude:

"More than a different model of sexual behavior, but conceptually analogous to those that have preceded it in history, this is a question of a real and true utopia, because it is based upon the idea that human beings can find happiness in the realization of their sexual desires, without the moral, biological, social, and relational limitations linked to procreation. This utopia has its roots in the sexual revolution in the West during the 1960’s, and it has not yet been disputed, even though it seems not to have kept its promises. It is a utopia that echoes another, one that brings painful memories: that the selection of new human beings can create a better, more healthy, more beautiful humanity.

"The imposition of this utopia upon the countries of the Third World seems to be the principal goal of the activities of many international organizations, and it influences their financial aid and diplomatic relations.

"This is accompanied – even more, it is its logical complement – by the pacifist utopia of those who believe that only the abolition of religion – especially the monotheistic religions – can put an end to conflicts for humanity. This way of thinking is so widespread and so deeply rooted that it cannot be disputed easily, especially in international settings. And those who dare to do so, like the Catholic Church, are criticized, punished, and accused of having impeded a radiant future of harmony."

– the weakening over the years, through successive variations, of the 1948 charter of universal rights, in which for example the original right to "change religion" was reduced to "have or adopt a religion" and finally, in 1981, merely to "have a religion";

– the tenet of the UN organizations according to which the family "represents the institution par excellence by which female subordination is defined," for which reason it must be fought and gradually dismantled;

– the invention and deployment on a grand scale of the formula "reproductive health," according to which "the right over life is reserved exclusively to women, while a policy of severe demographic containment opposes the birth of children";

– the detailed reconstruction of the support given by the UN – and by Catholic exponents – to "interreligious events and organisms intended to replace traditional religions with a single worldwide religion based upon a declaration of the rights of man";

– the decision of the Holy See, announced in 2000, to suspend its own financial contribution to UNICEF, because "it has been transformed from a bastion of defense for children and mothers into just another agency for birth control";

– the repeated attacks against the Catholic Church in the annual reports of the commission for human rights at the European parliament, accusing the Church of " fundamentalism" in every area, but especially that of sex;

– the very close interconnection, since the beginning of the 1900’s, between opposition to procreation and eugenics, and the continuation of the latter of these under new appearances, even after it was discredited with Nazism;

– the examples of Iran, China, India, and Bangladesh, where poverty and the absence of consolidated democratic mechanisms have made women easy victims for experimentation with contraceptives that pose health risks, for mass sterilization, and for forced abortion;

– the premise of UN organizations according to which the offering of abortion and contraception is, in every context, the first element of emancipation for women, and the only one pursued in point of fact, as in Iran, where programs for birth control have had great success but women continue to be subjected to oppression by men;

– the striking contrast between the anti-procreation efforts lavished by international organizations upon poor countries and the lack of any change, in the past decade, in the number of women who die during childbirth, more than half a million per year.

In this regard, Eugenia Roccella writes:

And again, in regard to the language adopted in this area by the UN and the EU:

"At every international gathering, a battle over terminology is opened which might seem incomprehensible to the outside observer. But behind the semantic differences is hidden a clash over concepts. For example, the disappearance of words like ‘mother’ and ‘father’ and their replacement by definitions devoid of any sexual characterization, such as ‘family planning’ and ‘parenthood’, and even the substitution of the words ‘man’ and ‘woman’ with the neutral term ‘gender’, tend to blur the distinction between the sexes and the specificity of the roles of mother and father.

"There is a cultural effort underway which is both very widespread and to a certain extent unconscious, which is aimed at detaching as much as possible from natural law, the foundation of human rights. If there is no longer an inalienable natural law that guarantees the equality of human beings (for example, in regard to the right to life and personal liberty), then everything becomes negotiable and relative. Rafael Salas, a former director of the UNFPA, has maintained that the frightening violations of human rights carried out in China during the years of the one-child policy were not violations for the Chinese themselves. Forced abortion and the abandonment and killing of newborns, according to Salas, were methods that ‘according to their cultural norms, were not coercive at all.’ This is ethical relativism: but it is clear that this conception leads to the destruction of the very idea of human rights." 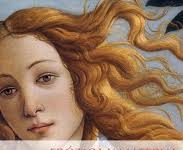 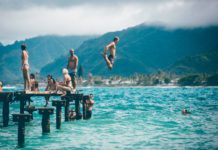