"The decision on how the HFEA should approach the licensing of human – animal hybrids and chimera research has presented a particular challenge as this research is so novel in legal, scientific and ethical terms.

"In order to ensure that the Authority was able to make an appropriate and reasoned decision, we needed to ensure we had a comprehensive and robust evidence base as a foundation for that decision.

"Once we had established that such research would legally fall within the HFEA's remit to license, we were then able to start to assess whether such research would, in principle, be necessary and desirable in both scientific and ethical terms.

"As such the HFEA, working with support from the Government's Sciencewise programme, put together a detailed and comprehensive consultation gathering evidence from scientists and the wider public about the issues raised by this research. This has been far more than just opinion polling and has involved a series of detailed deliberative sessions where the full range of issues raised by such research were discussed. This enabled participants to make their own informed judgements, asking questions and challenging their own views.

"Having looked at all the evidence the Authority has decided that there is no fundamental reason to prevent cytoplasmic hybrid research. However, public opinion is very finely divided with people generally opposed to this research unless it is tightly regulated and it is likely to lead to scientific or medical advancements.

"This is not a total green light for cytoplasmic hybrid research, but recognition that this area of research can, with caution and careful scrutiny, be permitted. Individual research teams should be able to undertake research projects involving the creation of cytoplasmic hybrid embryos if they can demonstrate, to the satisfaction of an HFEA licence committee, that their planned research project is both necessary and desirable. They must also meet the overall standards required by the HFEA for any embryo research.

"Having looked at the principles behind this kind of research, an HFEA licence committee will now look at the details of the two specific research applications that were submitted earlier this year. We would hope to have a decision on both applications in November.

"In general, people who do not fundamentally oppose embryo research are prepared to accept that human animal research may have some value. But there is a clear demand from people to know more about what researchers are doing and their plans for future work, highlighting a need for better communication about science and research from both the scientific community and ourselves as regulator. In the coming months we will be looking to see how this can be delivered.

"In terms of other kinds of hybrid and chimera research, it became very clear that not only did the scientific community not wish to perform such research at present but that the prospect was so distant that they could not envisage what form this research would possibly take in the future.

"The Authority felt it would be completely wrong to make a decision on broader hybrid and chimera research without an adequate evidence base. However, the HFEA will continue to monitor the potential for this wider research and any emerging evidence through its 'horizon scanning? programme." 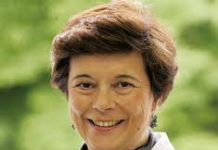 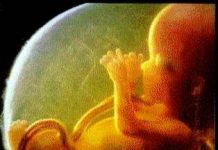 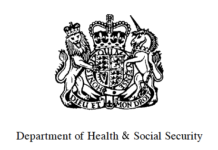