It's official. Amnesty International (AI) has betrayed its mission. AI's executive committee decision of last April, to treat abortion as a human right, was ratified by delegates to their international meeting in August.

In so doing, they have departed the civilization they were founded to uphold and joined the Culture of Death. Western civilization has, until recently, been based on the 4,000-year-old Judeo-Christian ethic expressed in the Ten Commandments. Human rights are derived from this tradition, which its adherents believe come from God. The Western legal tradition is based largely on this. While not without difficulties, it has worked remarkably well.

The Culture of Death has emerged as various elites of society discarded elements of the Judeo-Christian ethic in the name of expediency, convenience, and most ironically, "being realistic." Whether one is a believer or not, it is clear that the traditional moral code, including – especially – those elements regarding sexual behavior, make for a better ordered, more sane and balanced society. Believers know that sin leads to death. Lots of sin leads to a culture of death.

The claim is that AI is "protecting women" with this move. Rather than focusing resources on making and enforcing laws against rape and other forms of violence against women, especially in wartime and the developing world, AI instead sides with destroying the innocent "products" of sexual violence – not to mention further traumatizing the woman. Once again, life is made easier for criminal men who abuse women.

So, in reality, with AI's decision the world is now not a safer, more just, place to live, but a much more dangerous place, not only for women but for all people, because AI has used its reputation and credibility to place a truly helpless group of people – the unborn – outside the purview of human rights. No one is safe because as history shows, once the blood starts flowing it is hard to stop. No one should know this better than AI, but now they have joined the enemy. They have become their own enemy. They are now complicit in genocide.

Of course, the feminist blogosphere is touting this as a "victory" over the Catholic Church. That clarifies the battle lines doesn't it?

Cardinal Renato Martino, president of the Vatican's Pontifical Council for Justice and Peace, and former Vatican Observer to the United Nations, has called this move a betrayal and called on Catholics to stop¡supporting AI.

In a July 10th letter to William S. Skylstad, Bishop of Spokane,Washington, and sitting president of the U.S. Conference of Catholic Bishops, Larry Cox, Executive Director of Amnesty International USA,writes that the Bishops' Conference "incorrectly asserted that AI has adopted a 'pro-abortion stand'." Cox defends the policy saying it merely "seeks to ensure that women and men can exercise their sexual and reproductive rights free from coercion, discrimination and violence."

"Sexual and reproductive rights" means basically the "right" to commit fornication, sodomy, and abortion. Throughout history the major world religions have condemned these acts, and with good reason. The misuse and perversion of the sexual faculty leads to death.

In reality, sin kills whether you believe in the concept or not. Simply put, "sexual and reproductive rights" are ideologically manufactured "rights" and therefore not "rights" at all.

AI has thrown in with the abortion lobby – the angels of death like population controllers, the United Nations Population Fund, Planned Parenthood, Marie Stopes, and others, human rights abusers all.

By its actions Amnesty International has shown that in today's world what determines a "human right" is based on ideology rather than human dignity. 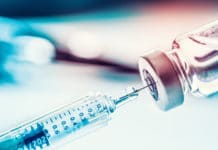