In 1973, I opposed the prevailing orthodoxy in my profession by leading the effort to remove homosexuality from the official list of psychiatric disorders. For this progressives and the gay community respected me, even as it angered many psychiatric colleagues. I said then «“as I say now–that homosexuals can …

In 1973, I opposed the prevailing orthodoxy in my profession by leading the effort to remove homosexuality from the official list of psychiatric disorders. For this progressives and the gay community respected me, even as it angered many psychiatric colleagues. I said then «“as I say now–that homosexuals can live happy, fulfilled lives. If they claim to be comfortable as they are, they should not be accused of lying or of being in denial.

Now in 2001, I find myself challenging a new orthodoxy. This challenge has caused me to be perceived as an enemy of the gay community and of many in the psychiatric and academic communities.

The assumption I am challenging is this: that every desire for change in sexual orientation is the result of societal pressure and can never be a rational, self-directed goal. This new orthodoxy claims that it is impossible for an individual who was predominantly homosexual for many years to change their sexual orientation»”not only sexual behavior, but attraction and fantasies»”and to enjoy heterosexuality. Many professionals actually believe it is unethical for a mental-health professional, if requested, to attempt such psychotherapy.

This controversy exploded to the forefront last week, when I reported the results of a study which asked an important scientific question: Is it true that no one who was predominantly homosexual for many years, could strongly diminish their homosexual feelings and substantially develop their heterosexual potential?

What I found was that, in the unique sample I studied, many made substantial changes in sexual arousal and fantasy–not merely behavior. Even subjects who made a less substantial change believed it to be extremely beneficial. Complete change was uncommon.

My study concluded with an important caveat: it should not be used to justify denial of civil rights to homosexuals, or as support for coercive treatment. I did not conclude that all gays should try to change, or even that they would be better off if they did. However, to my horror, some of the media reported the study as showing that homosexuality is a choice, and that substantial change is possible for any patient who decides to make the effort.

In reality, change should be seen as complex and on a continuum. Some people appear able to change self-identity and behavior, but not arousal and fantasies; some can change only self-identity; and only a very few, I suspect, can substantially change all four. Change in all four is probably less frequent than therapists who do this kind of work tend to claim; in fact, I suspect the vast majority of gay people would be unable to substantially alter a very firmly established homosexual orientation.

I certainly believe that parents with homosexually oriented sons and daughters should love their children–no matter how their children decide to live their lives–and should not use my study to coerce them into unwanted therapy.

However, I continue to believe that desire for change cannot always be reduced to succumbing to society’s pressure. Sometimes, such a choice can be a rational, self-directed goal. Imagine the following conversation between a new client and a mental health professional:

Client: «I love my wife and children, but I usually am only able to have sex with my wife when I fantasy having sex with a man. I have considered finding a gay partner, but I prefer to keep my commitment to my family. The homosexual feelings never felt like who I really am. Can you help me diminish those feelings and increase my sexual feelings for my wife?»

Professional: «You are asking me to change your sexual orientation, which is considered by my profession as impossible and unethical. All I am permitted to do is help you become more comfortable with your homosexual feelings.»

The mental health professions should stop moving in the direction of banning such therapy. Many patients, provided with informed consent about the possibility that they will be disappointed if the therapy does not succeed, can make a rational choice to work toward developing their heterosexual potential and minimizing their unwanted homosexual attractions. In fact, such a choice should be considered fundamental to client autonomy and self-determination.

Science progresses by asking interesting questions, not by avoiding questions whose answers might not be helpful in achieving a political agenda. Gay rights are a completely separate issue, and defensible for ethical reasons. At the end of the day, the full inclusion of gays in society does not, I submit, require a commitment to the false notion that sexual orientation is invariably fixed for all people. 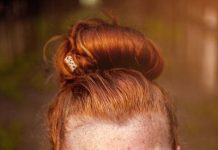 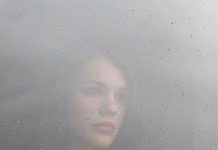