The European Parliament voted today in Strasbourg its resolution on the "Annual Report on Human Rights in the World 2008 and the European Union’s policy on the matter (2008/2336 (INI))". The liberal group (ALDE) tabled an amendment to promote abortion through sexual and reproductive health rights to combat AIDS and condemns the Pope Benedict XVI for having expressed its doubts about the effectiveness of the use of the sole condom in the fight against AIDS in Africa:

45a. [The European Parliament] Underlines the importance of promoting sexual and reproductive health rights, as a precondition for any successful fight against HIV/AIDS, which causes enormous loss in terms of human lives and economic development, affecting particularly the poorest regions in the world; firmly condemns the recent declarations made by Pope Benedict XVI, banning the use of condoms and warning that condom use could even lead to an increased risk of contagion; is concerned that those statements will severely hamper the fight against HIV/AIDS; points out that empowerment of women also helps to counter HIV/AIDS; calls on the governments of the Member States to act together to promote sexual and reproductive health rights and education, including on the use of condoms as an effective tool in the fight against this scourge;

EP President Hans Gert Poettering (Germany, CDU) authorized the vote of this diffamatory amendement and did not withdraw it.

The results of the nominal vote will be published soon by Euro-Fam. 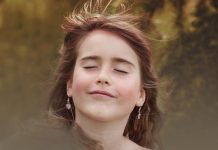